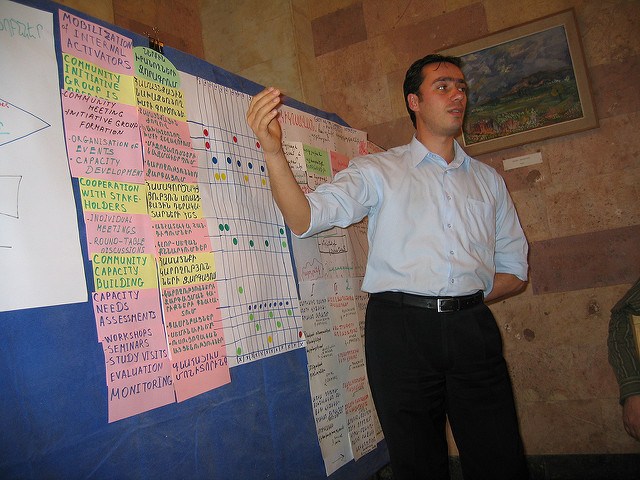 Breaking-out of the Piecemeal Project Approach: The Importance of Holistic Community Planning

In a recent blog post I argued that if international community development is a “wicked problem” than we should follow the advice of Head and Wei-Ning (2016) and stop “cherry picking” problems and instead adopt an APT (Adaptive, Participatory, and Transdisciplinary) approach. However, the authors give very little insight into what this might actually look like or how it might be applied to a particular disciplinary context like that shared by International Development NGDOs, which has integrated a surprisingly standardized toolbox of procedural norms.

In particular, while NGOs have developed countless tools for collecting information from communities on a wide range of topics such as infrastructure, social networks, gender roles, health, education, natural resources, etc., there is often little rationale for the use of one particular tool over another and the information it’s collecting, aside from generating a pool of information from which ideas for project emerge. As the training manual for one large INGDO states, “assessments, mapping, community profiles, and similar participatory processes can generate a large pool of issues that the community would like to address through projects.” From this pool, stakeholders are generally asked to prioritize or rank issues and identify projects that can be worked-on with support from the NGDO. Single-sector NGDOs will often narrow this participation even further by agreeing to support only those projects within its specialization.

What I find most problematic is that while there is often a strong emphasis among NGDOs on stakeholder participation in providing information and ranking, there is very little emphasis on engaging communities in bigger-picture analysis of the issues – especially at a macro-political level. Why is this a problem? To begin, past experience have likely taught them that NGDOs have a bias for defined technical projects which automatically narrows people’s thinking to “things” like a new well, health clinic, or latrines vs. the often more important but less tangible outcomes like enhanced collaboration with neighboring communities, educating farmers about local land-tenure laws and how they might be impacted by proposed international trade agreements, or addressing the complex gender-based status issues associated with outmigration of young men, as just a few examples.

The second issue with this piecemeal, problem-based planning approach is that there is literally no end to problems. We can always identify, prioritize and create projects to address problems but is doing so moving the community qualitatively towards a better situation? Or, by focusing on “problems’ are we just “putting-out fires” where as soon as one goes out another appears? Furthermore, ranking exercises just tell us how troublesome or annoying a problem is and not necessarily its contribution or role in the larger wicked problem. The same critique could be made about asset-based approaches. Just because something “works” doesn’t mean its amplification, replication, or adaptation is moving the community towards a better, more just situation.

Lastly, the traditional process of planning is overly focused on outcomes and doesn’t emphasize enough the importance of the process itself. Part of the defining characteristic of wicked problems is the role that varying perceptions of that problem have on its potential resolution. Take for example climate change – clearly a wicked problem, and in the United States we have a large population of people who, for various reasons and motivations, do not believe it’s caused by human activity. We also have varying levels of understanding on its severity. Based on the science one would think climate change would be the number one geopolitical priority, that we would be mobilizing like we did to get a man on the moon in the 1960s. One could argue that there needs to be much deeper dialogue taking-place to more closely align our perceptions and behaviors with the science. Community planning is the perfect opportunity to begin this dialogue. It’s an opportunity for people to deeply analyze the issues and facts together and create a shared understanding of the issues and how they can be resolved.

How can we apply APT principles to community development planning?

The first step is to not make the mistake of underestimating the complexity of local issues. A good rule of thumb is that they are likely as complex, if not more complex, than the issues in your own home community. Accept that because of cultural, language and privilege you will likely never fully grasp their complexity. It’s important to also recognize that, despite your limitations, you can play a valuable role as a facilitator. First, your ignorance gives you license to ask dumb questions giving you the ability to constantly be learning. Second, the fact that you are not embedded in local social networks gives you the unique perspective to “see the forest for the trees” and understand the range of ways people are thinking about an issue. Not being embedded in social networks can also mean you can more easily navigate them, serving as a broker to help connect individuals and groups that might not do it on their own.

The Importance of Holistic Participatory Planning

The planning process I’ve gained the most appreciation for and will be referencing here was developed by the Institute for Cultural Affairs (ICA) and is called the “Technology of Participation.” ICA developed this planning process with the social construction of reality in-mind.  The process, allows for wide-scale participation and follows four stages – visioning, contradictions, strategic directions, and action planning.

How do we overcome the piecemeal, problem-based approach to community planning? A community vision is a shared understanding of the kind of world we want for ourselves, our children, grandchildren and beyond. It should reflect our highest shared values (equity, respect, community, culture, etc) vs. the selfish interest of individuals. In planning circles, a vision is typically 5-20 years in the future but I’ve heard of visions being as far into the future as 100 years. The purpose of a vision is not to serve as a benchmark to assess our progress against. Rather, a vision is something that is always out in the future, just beyond our reach and constantly evolving.

Ideally, a vision should be holistic and encompass any areas the community feels are important. For example, infrastructure, access to land and resources, housing but also less tangible things like the way people treat one another, their status relative to other ethnic groups, cultural revitalization, and language.

A vision overcomes the piecemeal approach by setting a standard by which contradictions, strategies, and actions are measured against, focusing your energy on the things that will help move your community towards its vision.

If we all agree that we want to live in a world like the one described by our vision than why aren’t we already there? This is how I understand and describe the contradictions phase of the planning process. This is often where the deepest-level analysis takes place because the participants are asked to view the vision holistically and they are asked to look at the contradictions holistically. This is where you start to get very nuanced discussions about, for example, how the out-migration of young men is causing a whole host of social problem, shifting of gender roles, and health issues and how it is not just about earning more money but how it’s also bound-up in what they’ve learned it means to be a “man”. Such nuanced discussions build awareness and consensus about the issues so by the time you get to the next stage, strategic directions, people are more likely to come to consensus. The goal of this phase is to help clarify and build consensus on the contradictions.

For the strategic directions phase we ask the participants “What can we do in the next year to begin to overcome the contradictions and move towards our vision. Because they/we now have developed a shared understanding and language to talk about the issues/contradictions, they/we can also develop more nuanced, transdisciplinary strategies to begin to overcome them. But it’s important to remind participants that this is a two-part question – coming up with actions that overcome the contradictions BUT ALSO move us towards our vision. This is where our higher-level values come into play. If we identify preserving our language or forest is a priority than we’re going to rule-out out actions that might endanger our language or forest.

The goal of this phase is similar to traditional NGDO action planning models, namely to agree upon who is responsible for what, develop implementation timelines, identify available and needed resources, etc. The difference however, is that people will be much more motivated to follow-through with implementation because they have a deep and nuanced understanding for why they’re doing it and what they hope to achieve.

Monitoring and evaluation plays a critical role in APT strategies for its contribution to the creation of social reality – namely by helping to answer questions and test assumptions raised during planning and implementation. For example, it was the participants assumption that they could transform young men’s perceptions of what it means to be a man through a series of community plays. To test this they developed a pre and post play questionnaire to assess members of the audience’s perceptions on manhood and whether it was impacted by the play.

By transitioning from a piecemeal to a more holistic APT approach to community planning, I argue that NGDOs can play a more impactful role in tackling the wicked problems we face as a global community. Planning approaches like the ICA’s Technology of Participation is one tool to assist this transition. Regardless of the tools we use, as a community, we need move beyond participation as just another donor requirement and instead see it and utilize it as a powerful tool for analysis and transformation.
Topics discussed in this post are also discussed in the following courses in Village Earth/Colorado State University’s online certificate program in sustainable community development: Participatory Monitoring and Evaluation, Community Mobilization, Development and the Politics of Empowerment, Community Participation and Dispute Resolution 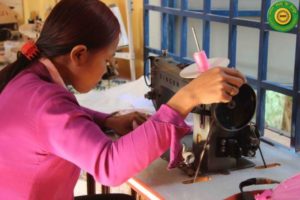 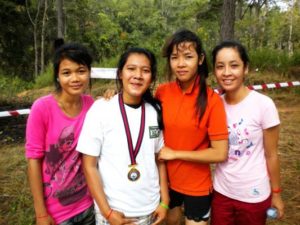