In the protection and management of natural resources, it is widely agreed that human social, political, cultural and economic systems must be part of the equation (Berkes 2004; Kates et al. 2001; Gunderson & Holling 2002). In recent years, community-based and collaborative conservation have been increasingly recognized as alternatives to the dominant paradigm of top-down, expert-driven management (Berkes 2002). However, the literature suggests that collaborative and community-based conservation efforts should be cautious about moving forward too quickly since low levels of organizational capacity at the community-level may pose a challenge to rapidly developing institutions capable of managing complex natural system (Barrett 2001). This is especially true in collaborative efforts that involve multiple stakeholders (Berkes 2004). In such efforts, taking into account historical and contemporary relationships of power among stakeholders will help ensure greater equity as well as the promotion of local livelihoods and sustainability (Gruber 2006: Berkes 2004; Brosius and Russell 2003). The literature also suggest that special emphasis should be placed on empowerment at the community-level and especially with traditionally marginalized groups. According to Agrawal (1999):

“local groups are usually the least powerful among the different parties interested in conservation. Community-based conservation requires, therefore, that its advocates make more strenuous efforts to channel greater authority and power toward local groups. Only then can such groups form effective checks against arbitrary actions by governments and other actors.”

If, as Agrawal suggests, empowerment at the local-level should be our priority, where do we start? Brown (2002) has identified a set of internal and external challenges that community-based organizations face. Externally, community-based organizations are challenged by a lack of legitimacy and accountability with the general public; relating with institutions of the state, such as government agencies; relating with institutions of the market, such as businesses; and relating with international actors, such as development agencies that provide funding support. Internally, they face challenges of amateurism, restricted focus, material scarcity, fragmentation, and paternalism. However, efforts by governments and NGO’s to build the capacity of community-based organizations without destroying what makes them so unique in the first place (e.g. local focus, their spirit of volunteerism and solidarity) is not easy (Powers, 2002; Brown, 1989). Powers et al (2002) offers the following advice:

“We believe it may be most effective if INGOs go beyond decentralising their operations and cease being operational in the field. This can be done by forging ties with autonomous local NGO’s which have a proven commitment and track record in handing over controls in the development process to the communities where they are working. To the degree that terms for partnership can be negotiated equitably, the imperative for standardised and impersonal mass reproduction of one strategy, which ironically is often only magnified (rather than adapted) in the process of decentralization, can be significantly curtailed.”

According to Berkes (2004) the specific approaches to building capacity of community-based conservation organizations is a current area of interest for the conservation community. Furthermore, the success of community-based natural resource management has lead to an explosion in support from international agencies and subsequently, the number of new local natural resource management organizations (Gruber, 2010; Armitage 2005). According to Gruber (2010):

“[w]hile CBNRM has proven to be a successful model in numerous cases, this approach may be outpacing a critical analysis of the key characteristics of effective community based environmental initiatives which can ensure long-term successful and sustainable programs in a variety of settings.”

Agrawal A, Gibson CC (1999) Enchantment and disenchantment: the role of the community in natural resource conservation. World Development 27:629–649

Brosius, J.P. and D. Russell. 2003 Conservation from above: an anthropological perspective on transboundary protected areas and ecoregional planning. Journal of Sustainable Forestry 17 (1/2):39-65 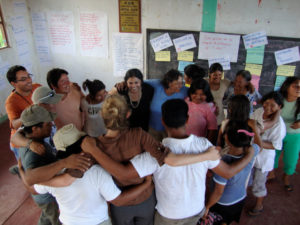 This training draws on the theories and methods of Brazilian educator Paulo Friere, whose work has guided some of the most successful development and education programs around the globe, including the Orangi Pilot Project in Bangladesh, The NAAM movement in Burkina Faso, and the Sarvodaya Shramadana Movement in Sri Lanka, among others. 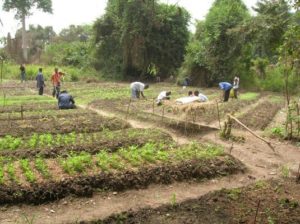 In this course we will identify their common root (the agroecological lens) and learn how to use it as a transformative tool for social and environmental justice. 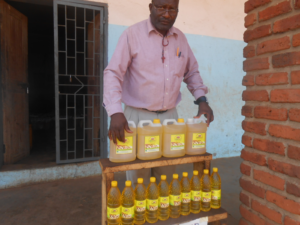 This course will examine entrepreneurship and enterprise generation as a key foundation of the development of both economic and social capital, as well as individual and community empowerment. Its main emphasis will be the exploration of entrepreneurship with an imperative to drive social change and build sustainable ventures.